Scott Kish, artist
January 26, 2021
Categories: Meet Some of Our Favorites 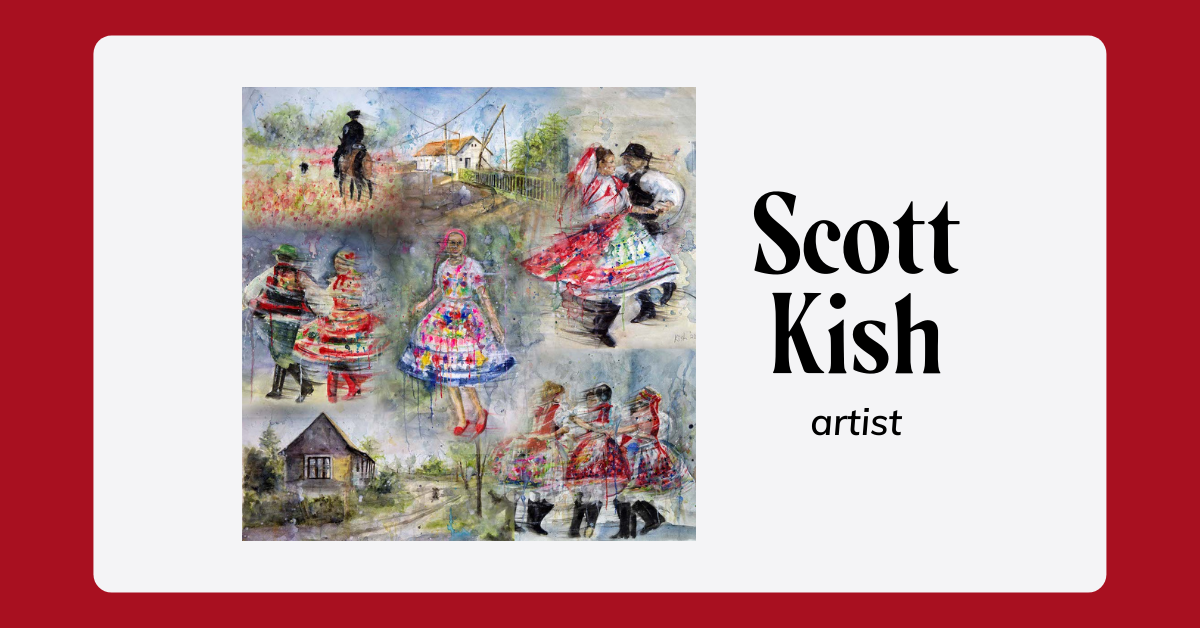 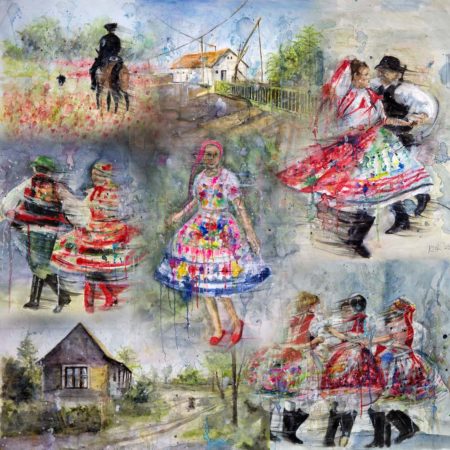 Having graduated from  Kinesiology (the Science of Human Movement) at
the University of Waterloo (1995), I try to incorporate movement into my
pieces whenever it fits with the subject matter.

My father’s family is Hungarian. My grandfather immigrated from
Peneszlek, in northeastern Hungary, in 1925. My grandmother came from a
Hungarian family as well, but was born in Western Canada. During those
times, the immigrants to Canada were put on a train and sent out west,
in my grandfather’s case to Flin Flon Manitoba, where they built the
railroads in the summer and worked in the mines in the winter. This is
where my father was born.

The family eventually moved to a Hungarian Settlement just south of
London Ontario, where they bought a farm and farmed for many years. In
the 1950’s they moved into London, where my grandfather had a stall at
the local market. He spoke many languages, and thus was able to sell to
all the European customers. I was born in in London Ontario in 1971.

I was fortunate to travel to Hungary in 2001 and stay with relatives on
the original family farm in Peneszlek, as well as in Budapest, Lake
Balaton and Nagykata. This trip served as the inspiration to paint my
Hungary Series, which is still in progress.

I paint in watercolours, sizes 9″12″ to 18″x24″, and oils on canvas,
12″x16″ to 48″x72″.  The most popular paintings are of the Hungarian
dancers and horsemen, as those themes lend themselves well to the motion
concept.

I am currently living in Toronto, Ontario, 2 hours east of my hometown
on London. I look forward to traveling back to Hungary in the future to
see the relatives again and explore some other areas of the country.

The Hungary Series can be viewed at www.KishLimitedEditions.com 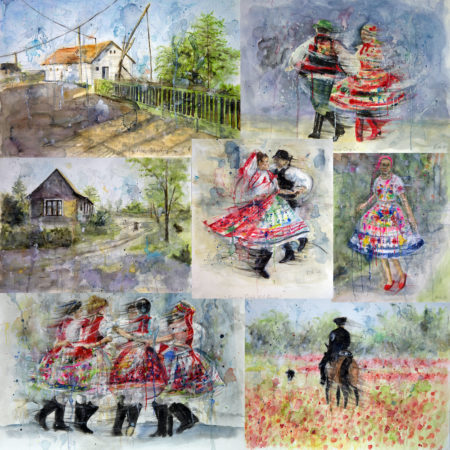 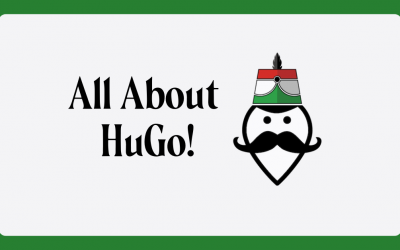 Here is a transcript of the All About Hugo interview on the Hungarian Living podcast. 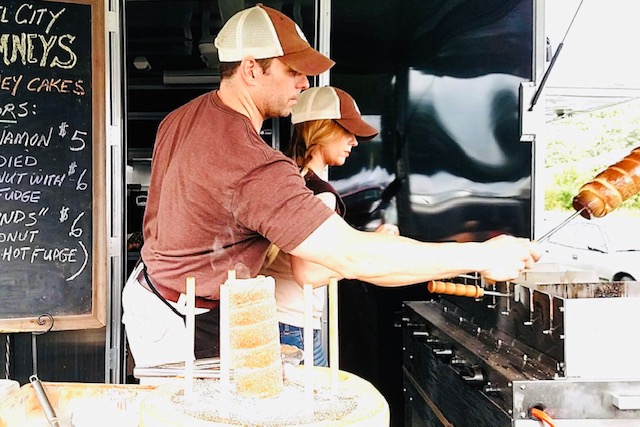 Kürtőskalács Can Change Your Life...  ... or, How We Went from Litigating to Leavening.  We were corporate litigators in Florida for... 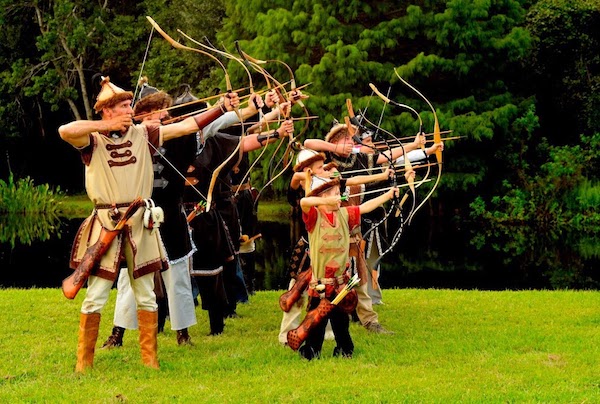 The HUN Archers are a Hungarian Archery Team based in Sarasota, Florida with a love for Archery and Hungarian Culture. Before the team existed,...